Since I am in the middle of concocting and sampling dye recipes, I thought I'd show you the extended multiple tabby weave samples I've recently taken off the loom.

I really like these! I think they would be especially lovely with two closely related colors. I only wish I had started experimenting with them sooner. As it was, I was trying to see if I could use MTW like a one shuttle Summer & Winter.

The particulars for these samples:

One shuttle, using only the pattern weft: 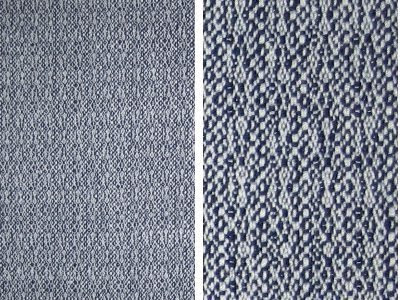 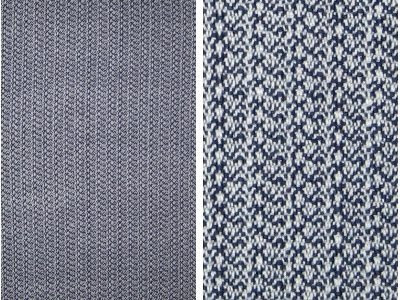 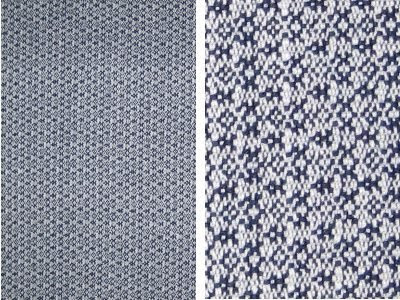 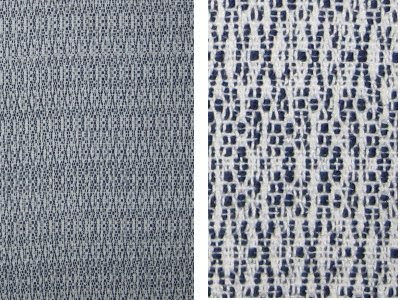 I have to admit that I like the one shuttle samples better. Not because they were faster to weave, but just because.

And remember the sett I calculated? Two different ways? I can honestly say that it worked very well and that the result is a nice firm fabric. I had hoped for something not so thick, but I'm thinking that the heavier pattern weft is what made the difference.

Next on the loom will be something different. More on that soon.

Do I see a bit of enthusiasm returning? (grin!) The samples are lovely and I suspect you are right about the thick weft. So, if you want a lighter fabric, you can always move to finer yarns, just keeping the same proportions between warp and weft yarns. And thank you for letting us know that your sett calculations worked out!

I like one too. Some times you just can't put your fingure on why you like something and "just because" is the very best reason.

Feeling better thanks for asking.

I like the one shuttle samples better, as well. I think the contrast provided by having more of the pattern weft in the mix appeals to my eye more. Navy blue is one of my favorites, anyway.

I'm with everyone else in liking the one weft better. I think that overshot can be very exciting, but here, to me, it doesn't sing.
Leigh, you are such a wonderful source of information! Thanks so much for sharing your textile adventures with us!

I'm thinking that the two shuttle patterns would look better if I used a thicker, softer pattern weft. Of course, this warp is done, but it is now one of those "what if I ......" things. I'm full of those! But, like my other what if's, I'll save this one for sometime in the future.

These are really attractive! They have a folksy old-world look to me, woven in the high-contrast yarns.

I was really happy to see that I actually liked the one-shuttle weave and not because I was settling for it. That was a wonderful exercise. Talk about 2/2 twill. I've heard of it but I can't find it in my indexes.