This is a companion post to "Antique Treadle Sewing Machine: Cleaning." I did the oiling after I cleaned a particular area, as it was easier to locate the oil places and do the job right then and there. For future reference I wanted the information in a separate post. The graphics below are taken from the White Rotary Sewing Machine manual number 11. It and a number of other old manuals can be downloaded for free from the ISMACS international website. 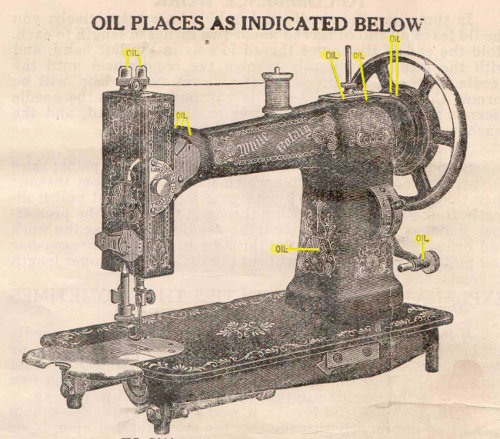 Basically, all moving parts must be oiled. Numerous holes allow for oiling the innards. 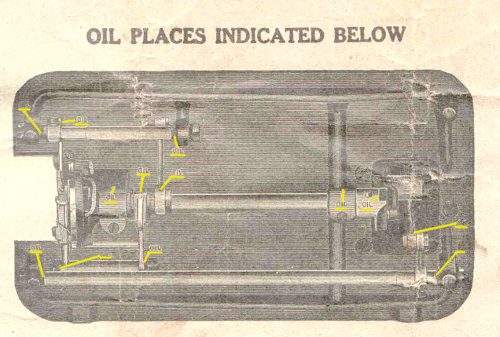 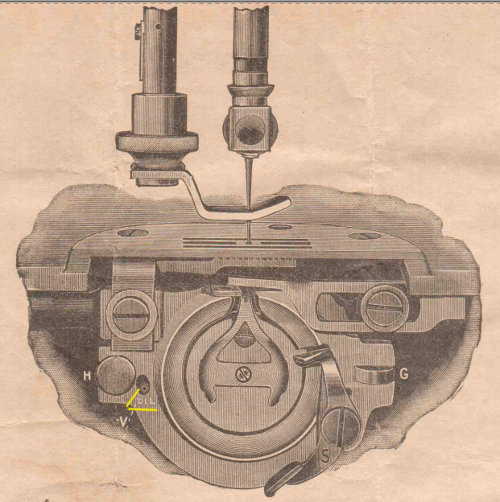 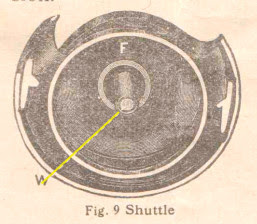 Antique Treadle Sewing Machine: Oiling
© Feb 2019 by Leigh at Leigh's Fiber Journal
Posted by Leigh at 7:00 AM 1 comment: Links to this post

When I was a little girl, my mother told me an antique was an item over 100 years old. In later years I saw that term used much more loosely, and one antique dealer told me it meant any item being at least 50 years old. When I was hunting for a treadle sewing machine, most of them seemed to be described as "vintage." Mine is 106 years old and no matter how it's described, it works and that's the main deal! 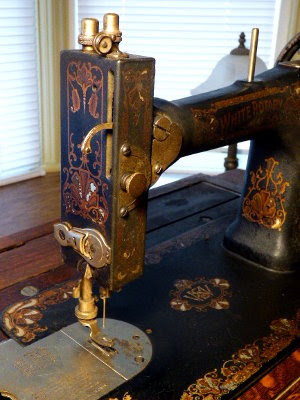 The seller had dusted the machine and cabinet, but when I got it home I wanted to give it a good cleaning and oiling. When I gave it a thorough going-over, I found it to actually be quite clean with very little dust, cobwebs, or lint. Here's the underside of the machine the first time I tilted the head back (after I figured out how). 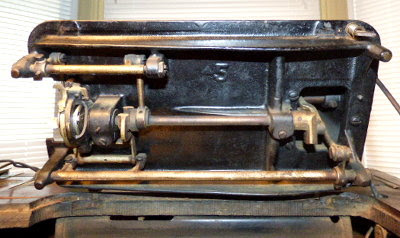 So whoever had the machine previously took good care of it. They did use it a lot, as evidenced by the machine's cosmetic wear. 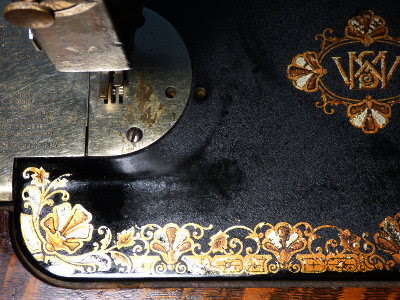 The clear top coat finish was almost completely worn off, and the decals were quite worn as well. Also, some of the metal plating was worn off, as you can see on the needle plate. There was some pitting on some of the plated surfaces as well. Because of all that, I had to ask myself exactly how much work I wanted to put into it. Did I want to do a full restoration or just give it a good cleaning? Basically, I was looking for a functional work machine, so I opted for a thorough cleaning. 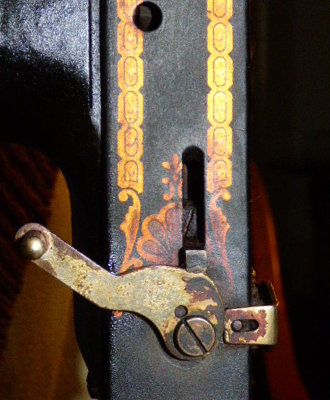 The dark places on the metal parts are grime. This is the result of oils combining with dust and dirt. The oil can be from lubrication, but even clean hands have natural oils that are transferred to things we touch. Because the decals were wearing off I was concerned about what to clean it with. So I did a lot of research and looked at a lot of videos before I got started. The best cleaner was simply sewing machine oil.


A can of 3-In-One Oil was in one of the cabinet drawers, but when I tried to squeeze some onto a cotton rag it was thick and amber colored. So I went with the sewing machine oil as recommended. It is very thin and clear ("lily white") and was much easier to work with. 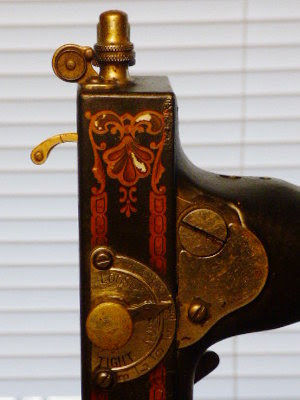 The entire machine got a good wiping down with the oil. This did a great job of collecting dust and loose surface dirt. On the gunky metal parts, I let the oil sit for a bit. Then I was able to scrape the grime away with toothpicks and toothbrush.

The last step was using metal polish on the metal parts. Considering that there was some pitting and flaking of the plating I wasn't expecting like-new results. I just wanted it as clean as I could get it.


No where near new, but much cleaner and shinier than before! Oiling next.


Antique Treadle Sewing Machine: Cleaning
© Feb 2019 by Leigh at Leigh's Fiber Journal
Posted by Leigh at 9:33 AM 18 comments: Links to this post